Cords Comedy was a weekly event in Vancouver presented by Standup Comedian Chris Griffin. The event ran for three years and can best be described as an intimate night of comedy for of an ideal audience. Hosted in a quiet lounge-like bar off the beaten path, the room became widely known for its local and international comedy talent.  As an added offering, Griffin often allowed seasoned entertainers to take the stage as an unannounced and spontaneous treat. Event hosts like Chris Griffin are credited with creating space for comedians to rehearse their material and master their timing.

We were introduced to Chris Griffin through the staff of the venue that helped host the event.  Working with Griffin was an absolute pleasure as he was very receptive to our idea to the design of the brand and how we planned to modify it for the headliners. As a tribute to the long-standing television show, Laugh-In, we decided to use the inner circle of the logo to showcase the featured headliner for their respective show. The layered C shape in black and white colouring was used to symbolize Chris’ Cords Comedy show. We attempted to maintain a black and white campaign to show a more artistic and intimate brand. Colour was only ever used to highlight the faces of the performers.

JUST FOR LAUGH’S NORTHWEST’S BEST OF THE WEST 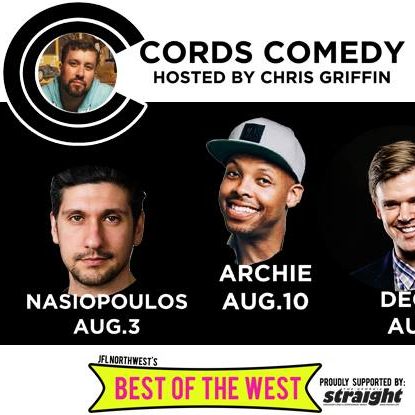 In 2016, the Just For Laughs comedy festival introduced the “Best of the West” extension of their annual tour, adding a Fall/Winter lineup. In addition to the marquee acts scheduled for large venues, there was a citywide leg of the tour that included smaller, more intimate events. Chris Griffin’s Cords Comedy was an ideal fit and garnered even more attention throughout the media. For three straight years, the cozy little event that sat 40 people was sold out and often referred to as the after party for amateur and veteran comedians to rub shoulders late into the night. 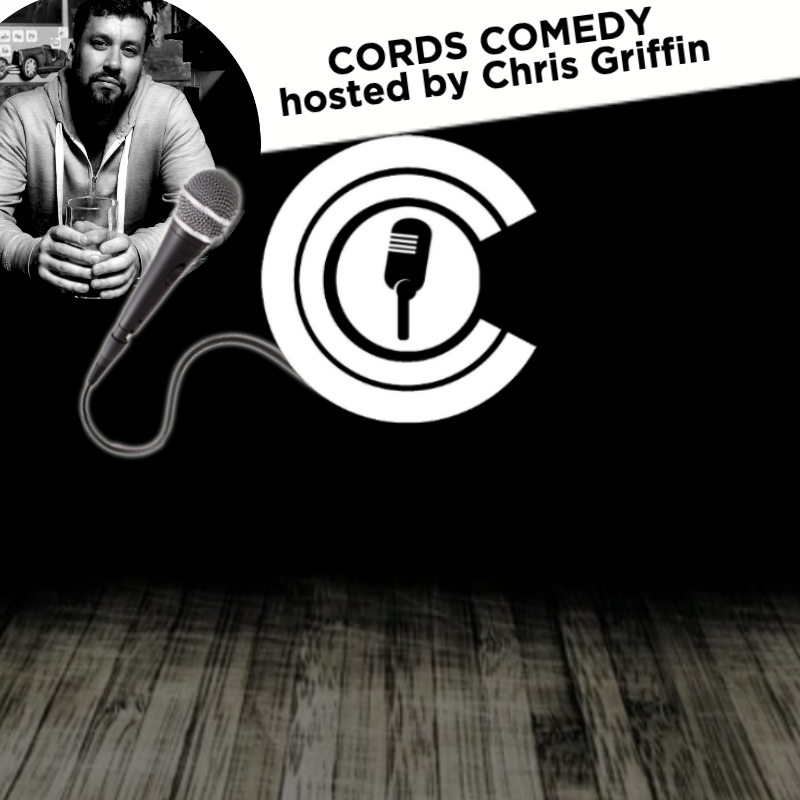 “While first impressions would suggest Jer’s best quality is his handsomeness, it doesn’t take long to realize there’s incredible talent and kindness beneath that flawless exterior. I ran a thriving weekly standup comedy show for a few years in the heart of Kitsilano Vancouver, and Jer’s contributions were a big part of its success. He provided fresh marketing posters, visuals and online content for each upcoming show as we built it from a small local show into regularly sold out experience including multiple appearances in Vancouver’s Just for Laughs Northwest Festival. Always reliable, innovative and a joy to work with, if Jer can’t solve your problem, he’ll know the person who can.” 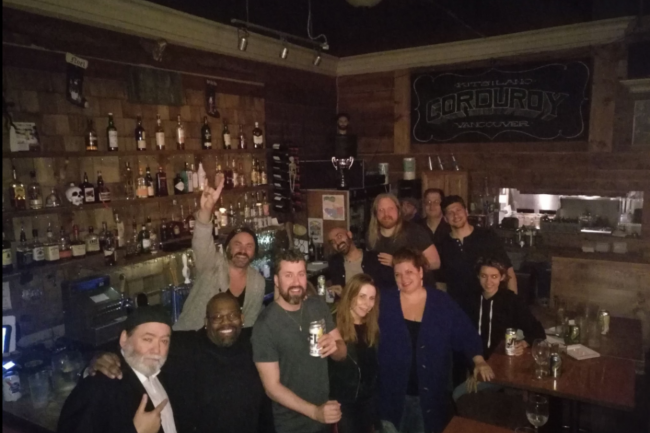